Kris Boyson is ridding his home of all Katie Price’s belongings after she cheated on him with new toyboy Charles Drury and broke up with him via text.

Kris was photographed piling Katie Price’s kids’ toys and other belongings into trash bags which he loaded into his car. 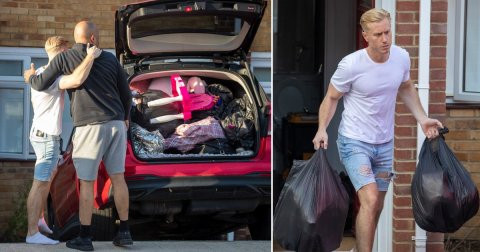 Kris and Katie Price had been engaged for 1 month before the glamour model was photographed in Turkey with Charles Drury who she met on social media.  After photos of her and Charles went viral, Katie immediately sent Kris a breakup text.

Following their split, the personal trainer, 29, was seen emptying piles of stuff, belonging to Katie and her kids, out of his home, including several heart shaped fluffy pillows and a cushion with Katie’s son Harvey’s name embroidered on it. 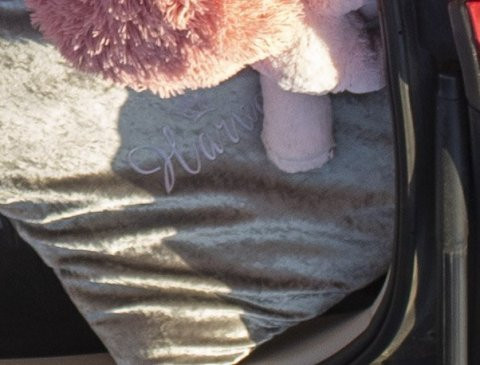 Also seen in the car were boxes of toys belonging to Katie’s children, as well as her make-up and clothes as he attempted to rid his home of all of her possessions. 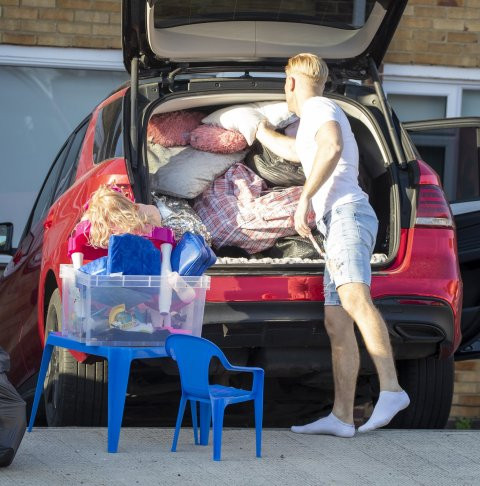 After loading his car with Katie’s things, Kris is seen driving off in the car.

This isn’t the first time Katie, 41, is cheating on Kris. She had a fling with businessman Alex Adderson last year. But Kris later forgave her and they got back together.

“He’s done with her this time and went back to his house and chucked all the clothes, make-up and children’s toys she’d left at his house,” a source told The Sun.