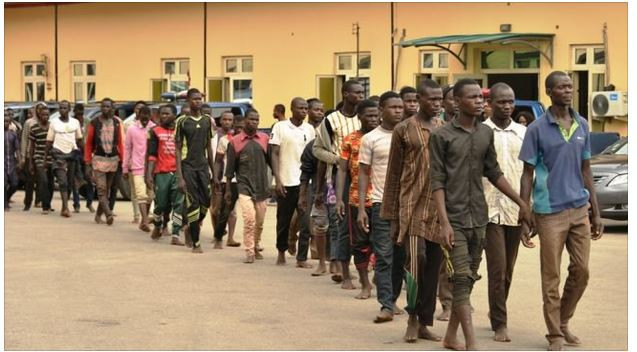 The 123 northerners arrested by the Lagos State Special Taskforce on Environmental Sanitation have been released after nothing incriminating was found on them.

Lagos state police spokesperson, Elkana Bala confirmed the release of the men which according to him came after they were profiled.  He also revealed that some of the men were already living in Lagos but travelled back Eid-el-kabir celebration.

Bala said the suspicion and subsequent interception of the truck came from the manner in which 123 northerners conducted themselves during the trip.

Share
Previous I am not dollars that you can pocket recklessly and sheepishly – Gov Wike replies Ganduje
Next Islamic New Year: Sunday September 1 declared first day of Muharram 1441 AH by Sultan of Sokoto