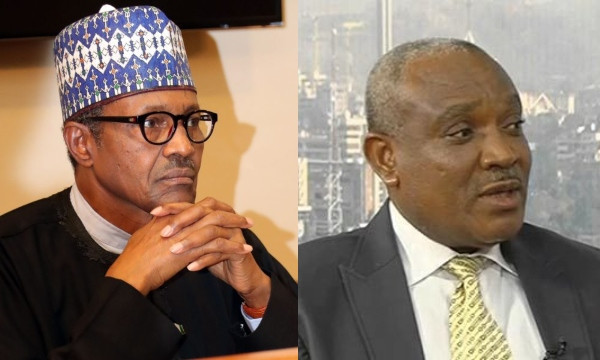 The Chairman of the Special Investigation Panel for the Recovery of Public Property, Mr Okoi Obono-Obla has been suspended with immediate effect by President Buhari.

The suspension confirmed via the official Twitter handle of the Presidency will be in effect until the conclusion of ongoing investigations by the Independent Corrupt Practices Commission (ICPC). 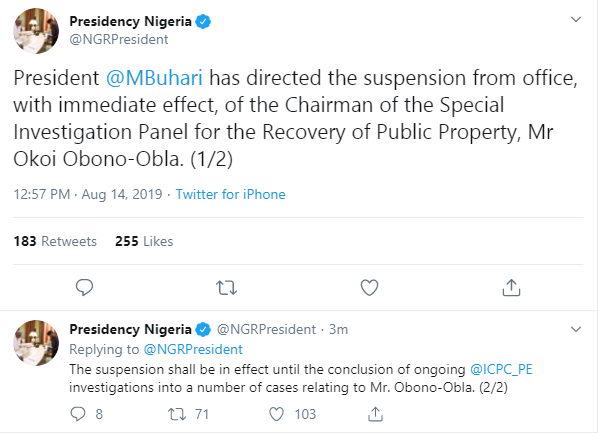 His suspension came after it was recommended to the Presidency by the Office of the Attorney-General of the Federation and Justice Minister . Mr Obono-Obla was reportedly accused of “abuse of office, intimidation and unauthorized malicious investigations, financial impropriety, administrative misconduct, and allegations of forgery/falsification or records, amongst others.”