Breaking News
Home / US / CORONAVIRUS: Trump threatens China with fresh tariffs saying he had seen evidence linking a Wuhan lab to the contagion 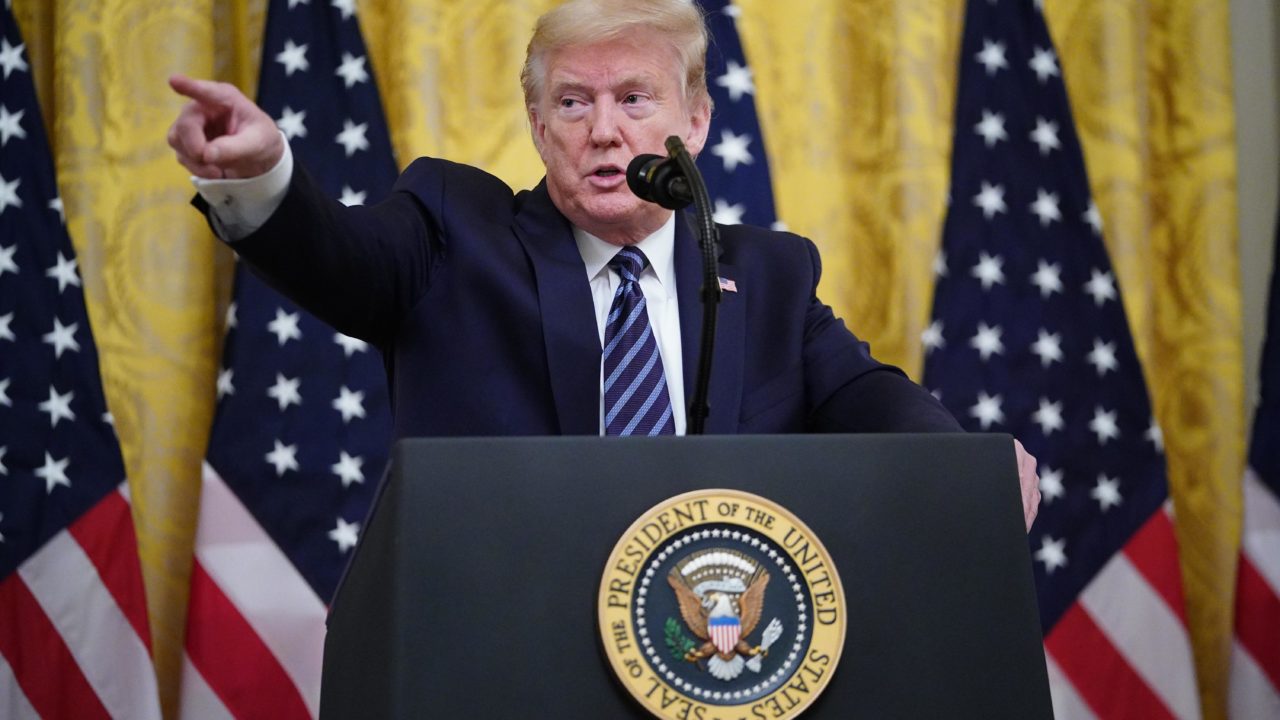 On Thursday, US President, Donald Trump threatened China with fresh tariffs as he stepped up his attacks on Beijing over the coronavirus crisis, saying he had seen evidence linking a Wuhan lab to the contagion.News release says the diatribe from the Republican incumbent came as data showed the United States shed more than 30 million jobs in six weeks, as lockdown measures began to bite across the nation.

The gloom in the world’s largest economy found its parallel across the Atlantic, where experts warned of an unprecedented financial catastrophe in Europe.

The outbreak of the novel coronavirus has so far killed more than 230,000 people and forced more than half of humanity to live under some kind of lockdown, which has crippled economies.

The virus is believed to have originated late last year in a market in the Chinese city of Wuhan that sold wild animals for human consumption, but speculation has swirled about a top-secret lab in the ground-zero city.

Asked if he had seen anything giving him a high degree of confidence that the Wuhan Institute of Virology was the source of the outbreak, Trump replied, “Yes, I have.”

Pressed by reporters at the White House for details on what made him so confident, Trump replied: “I cannot tell you that.”

Trump is increasingly making Beijing’s handling of the outbreak a major issue for his November re-election campaign.

When asked about reports that he could cancel US debt obligations to China, Trump said he could “do it differently” and act in “probably a little bit more of a forthright manner.”

“I could do the same thing but even for more money, just putting on tariffs,” he said.

Despite a truce in the long-running trade war between Washington and Beijing reached in January, tariffs are already in place on two-thirds of trade between the economic powers.