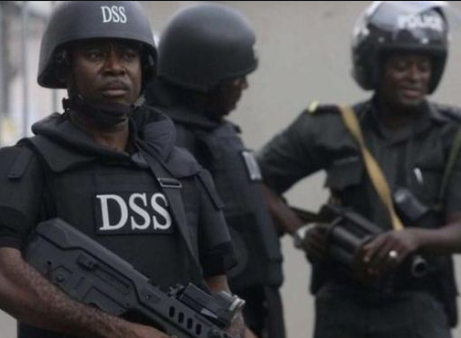 Five suspects including a staff of Usman Danfodio University Teaching Hospital Sokoto (UDUTH) have been arrested by the Department of State Services (DSS) over alleged sale of two children, abducted from Zuru in Kebbi four months ago.

The sold children, two boys aged one year eight months and four years, were rescued by the DSS. They were presented to Governor Abubakar Atiku Bagudu by the State Director of the DSS, Muhammad Kaumi at the Government House in Birni Kebbi on Sunday, November 10th.

Kaumi informed the Governor that, one man and four ladies were apprehended for the offence and investigation was ongoing. The five suspects were also brought to the Government House and paraded before newsmen.

The suspects arrested are: Moses from Zuru, who is the main suspect, Comfort Nwankwo, Matron from Usman Danfodio University Teaching Hospital (UDUTH), Helen Samuel, a Delta-born businesswoman in Sokoto, Uchenna Chikanso from Anambra, but who live in Enugu and Dorothy Ikenna from Anambra state.