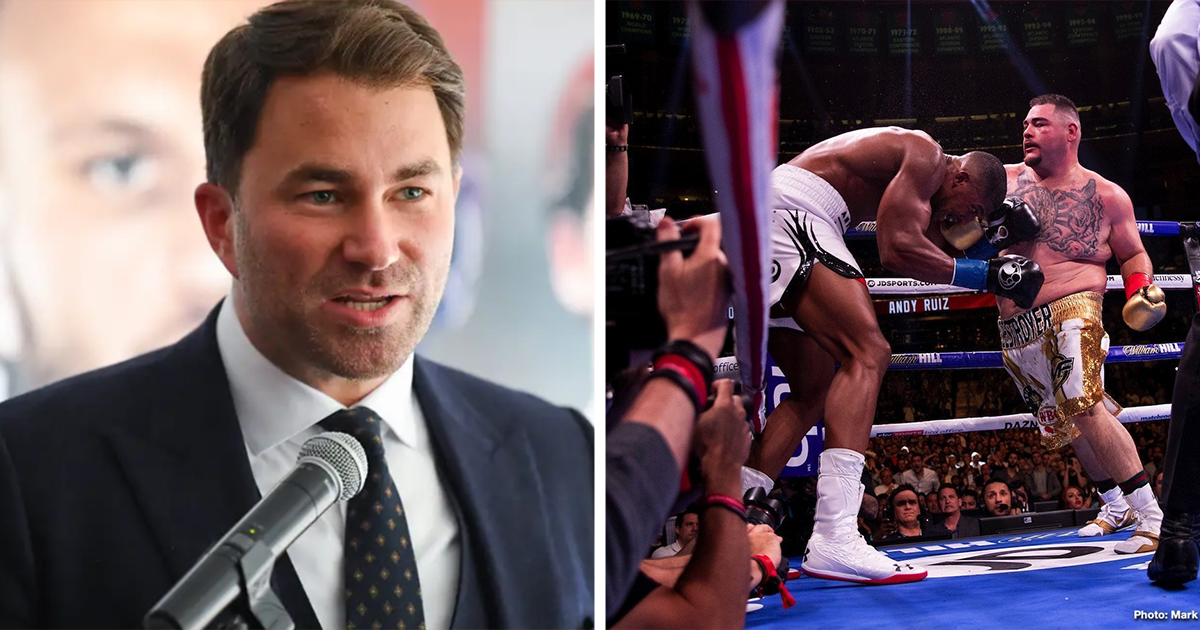 Eddie Hearn, Anthony Joshua’s promoter has threatened to come after Andy Ruiz Jr with a lawsuit if he refuses to fight in Saudi Arabia.

Ruiz who is expected to earn £7.5 million in the second fight, had said in an Instagram post that the rematch will hold in United States and on his own terms.

“I know everybody’s talking about the fight and all but we got the real news coming soon,” said Ruiz on social media.

“The fight is going to happen soon. I’m trying to give hope, give motivation to all my people. It’s going to be on my terms, our terms. We’re going to bring it back here in the United States. It’s like I said, I don’t have no protection over there (Saudi Arabia).”

However reacting to claims made by the Mexican-American boxer,  Eddie Hearn threatened to come after him with lawsuit which might leave him stripped of the championship titles won from Joshua on June 1 in New York.

“The contract for the rematch was signed prior to the first fight,” Hearn told Sky Sports.

“They were both signed at the same time. There is no other contract. We have to let (Andy and his team) know the time, date and venue which we have done. That’s it. They are contractually bound for the rematch. There are no conversations between the two teams about not doing the fight. I don’t perceive a problem.

“He signed a contract with us that he was absolutely over the moon with. That gave him the opportunity of a lifetime. He will 100 per cent honour that contract. His choice is to have a legal battle that could put him out of boxing for years, or to defend his belts for a lot of money against a guy he has already beaten. There isn’t any doubt he will take the fight. Any messing around and Ruiz Jr will lose belts, and he won’t want to do that. We expect the IBF, WBA and WBO belts to be on the line” he added.