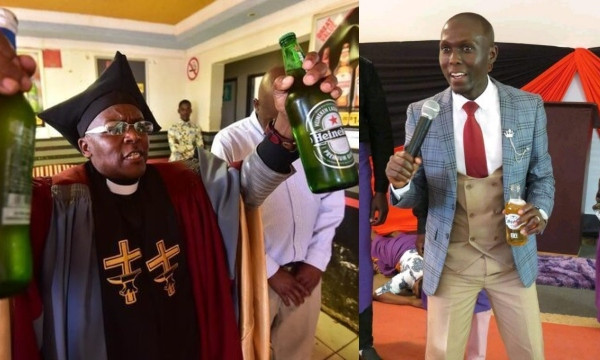 The founder of Gabola Church which celebrates alcohol and hold services at drink joints, stated that it’s okay for congregants to be given alcohol to get them ready to accept God. 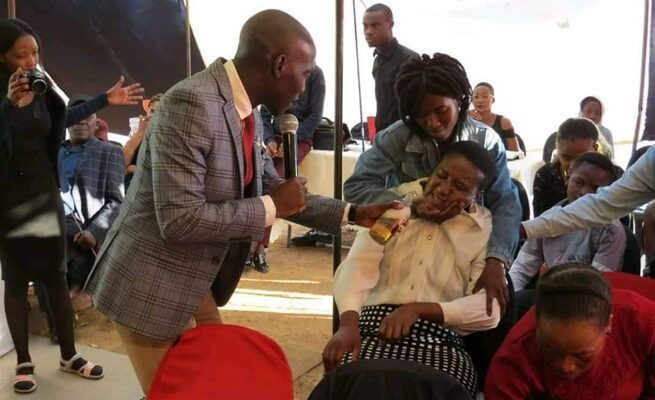 “I see no harm in the Pastor’s practice. He has my blessing.  In Gabola there is Godliness. Let us all drink and praise the Lord.

“My church practises this every day. This allows people who are discriminated against by other churches to find a home while doing what they love best.

“It’s a good practice, but it must be in good spirit. People mustn’t be forced to drink. We must meet with the prophet so that we can advance this mission. In God there’s liquor, Amstel, Amen!” he said. 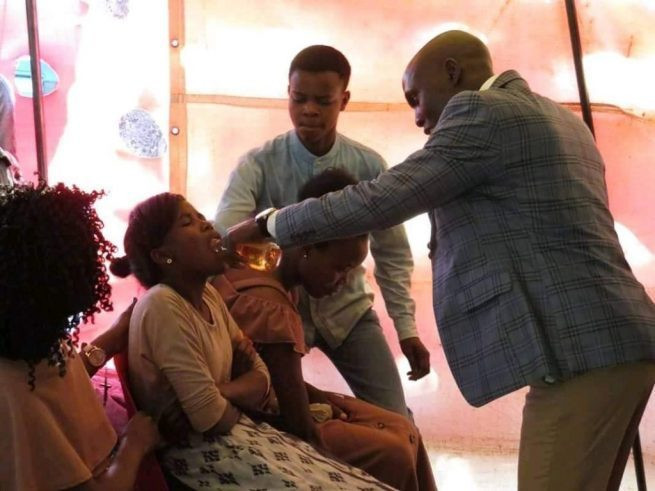 However on his own part, Prophet Sonny Rakgorwana who was spotted serving congregants Savannah and Brutal Fruit ciders, said it was part of church members’ deliverance.

“This is the body of Christ and it has become our lifestyle,” he said as he served them beer.

“The moment you eat this the right way you become a spirited person. You’re in the spirit and the flowing part goes from one to another.”