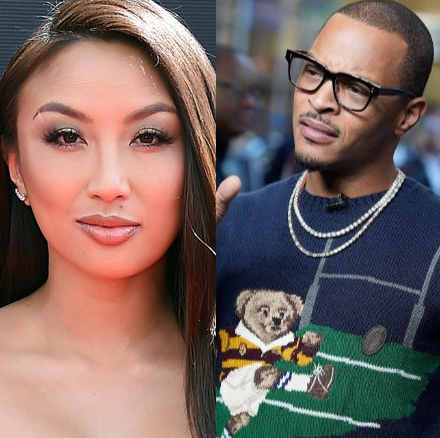 The Real co-host Jeannie Mai has said that she supports rapper T.I.’s decision to have his daughter’s hymen checked regularly by a gynecologist to ensure she’s still a virgin.

The rapper appeared on an episode of the Ladies Like Us podcast where he made the controversial statement. After the video went viral, his daughter Deyja Harris, 18, had put her Instagram page on Instagram as men flocked to her page to say they wanted to be the ones to deflower her.

A number of people have called T.I. out for monitoring his daughter’s virginity in an invasive way but The Real co-host Jeannie Mai is taking his side.

She said on the show: “I support what T.I. Is doing because I understand how hard it must be to communicate with an opposite gendered daughter, especially in this time. Especially what he must have seen and known, you know? Of what boys are like. And for me, I was a very wild girl, I didn’t like rules, I rebelled a lot.”

Jeannie went on to share details about her strict parents, revealing that her father never sat down with her to have an open conversation about sex. As a result, she said she was sneaking boys into her room at a young age.

Jeannie said that what T.I. is doing might be perceived as invasive, but it could be to protect his daughter in the long run.

As the other ladies on the stage stared at her blankly, Jeannie quickly added that she thinks that T.I.’s actions show a lack of trust in his daughter.

She added, “Clearly [T.I.] is super concerned about today’s world and everything, [so] I would just say, ‘What is it that you are concerned about when it comes to the breaking of the hymen or the fact that she’s having sex? Is it the STDs?’ Is it that she doesn’t understand what love is? Does he need to know the boys are? Why doesn’t he trust her? Whatever it is, he needs to speak it with her.”

Share
Previous Lord Jamar subtly accuses Eminem of being racist after photo of Eminem wearing a Will Smith 'blackface' emerges
Next IIMSAM appoints H.E. Samson O. Bolarin as a representative Ambassador in Nigeria