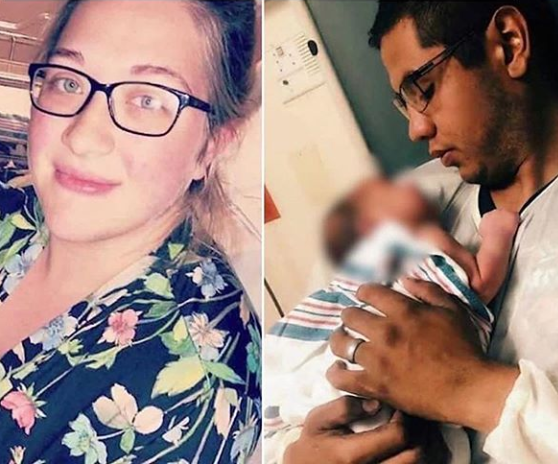 A mom and dad died shielding their infant from gunfire in the El Paso shooting which took place over the weekend.

Jordan Anchondo, 24, and Andre Anchondo, 23, had gone to Walmart after dropping off their oldest daughter, aged 5, at cheerleading practice. They pulled into the Walmart parking lot, packed with hundreds of back-to-school shoppers like them, carried their 2-month-old baby and headed inside.

The couple’s daughter was having a birthday party, turning 6, so they needed to buy party decorations, too. They were expecting family and friends at their new home for the first time in just a few hours, Andre’s brother, Tito Anchondo, told The Washington Post.

Unfortunately, they didn’t leave the store alive as a 21-year-old white supremacist, named Patrick Crusius, from Dallas, who had driven hundreds of miles ( 9 hours) opened fire and killed.

The first call of an active shooter went out at 10:39 a.m. local time, authorities said. Around 2 p.m., Anchondo’s relatives started calling each other, saying the couple was not answering their phones, Jordan’s aunt Elizabeth Terry told CNN.

Hours later, Tito Anchondo got the call he dreaded the most. It was from authorities, asking him to come to the hospital. At the hospital, it was discovered that the couple died in the El Paso mass shooting. 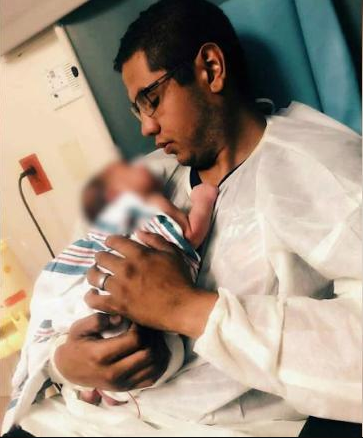 As the gunfire erupted, Jordan shielded the 2-month-old baby and Andre jumped in front of his wife to shield her and the baby.

Jordan’s sister, Leta Jamrowski, 19, told the Associated Press, that from the baby’s injuries, it was clear Jordan died shielding him. Jordan was holding him in her arms when she died, Jamrowski said. She fell on him as she collapsed onto the floor, breaking some of his bones but keeping him alive, her sister said. 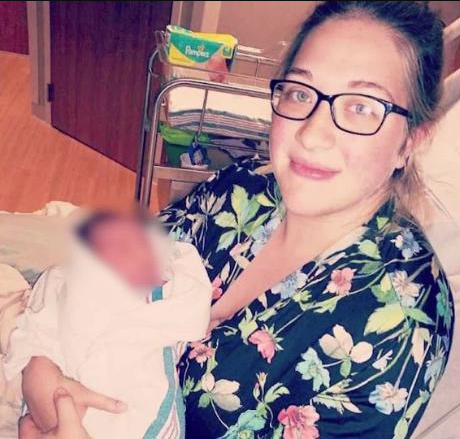 “The baby still had her blood on him. You watch these things and see these things and you never think this is going to happen to your family,” Terry said. “How do parents go school shopping and then die shielding their baby from bullets?”

The baby, named Paul, suffered only broken fingers and is now at home recovering.

Sadly, Jordan Anchondo died alone at the hospital because no friends or loved ones were able to immediately find her, her aunt said.

“It took us a while to confirm and identify her throughout all the chaos,” the aunt added.

Jordan and Andre, who had just celebrated their first wedding anniversary days before the shooting, leave behind their 5-year-old-daughter, a daughter aged 2, and their 2-month-old son. Jordan’s daughters were from an earlier relationship.

The mass shooting in El Paso, Texas, was one of two in the United States this weekend. Another mass shooter opened fire in Dayton, Ohio, and killed nine, including his sister, in a 30-second rampage in a popular entertainment district about 1 a.m. Sunday, the Washington Post reports.

The accused Dayton gunman, Connor Betts, 24, was fatally shot by authorities. The accused El Paso gunman, Patrick Crusius, 21, was arrested and taken into custody and is expected to face the death penalty if convicted in state court.

Share
Previous Three-year-old boy miraculously escapes without injuries after plunging down a manhole (Photo)
Next DSS is yet to release El-Zakzaky – Lawyer, Femi Falana