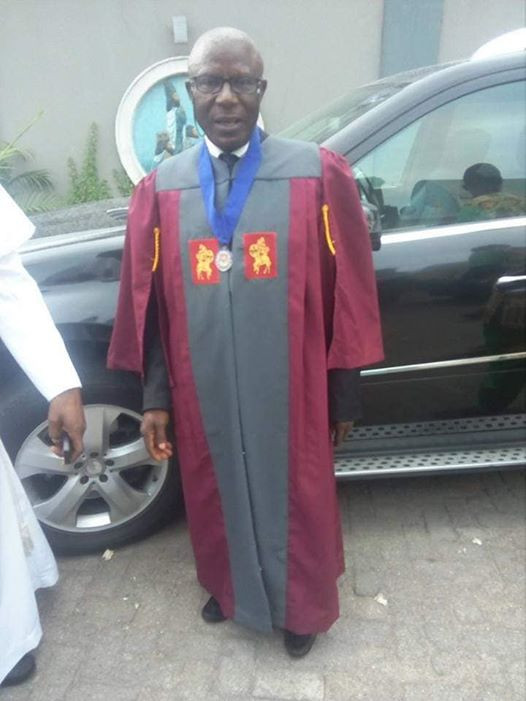 Karigidi was killed in the early hours of Monday by the unknown gunmen who invaded his home in Ode Irele at about 3 am.

It was not clear if the gunmen who killed Karigidi were assassins or armed robbers as some witnesses claimed they left without taking anything from his home.

Spokesman of the State Police Command, Mr Femi Joseph, who confirmed the incident said that investigation has commenced into the killing.

“We have begun an investigation into the matter and we will soon arrest those behind the ungodly acts,” Joseph stated.

He added that the remains of the deceased had been deposited at the morgue.

Meanwhile friends of the deceased have taken to Facebook to mourn his death.  See their posts below. 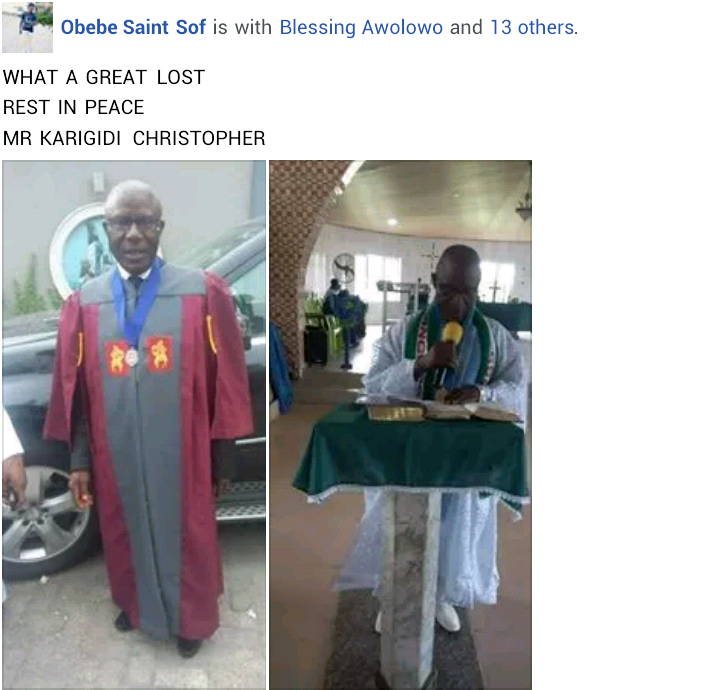 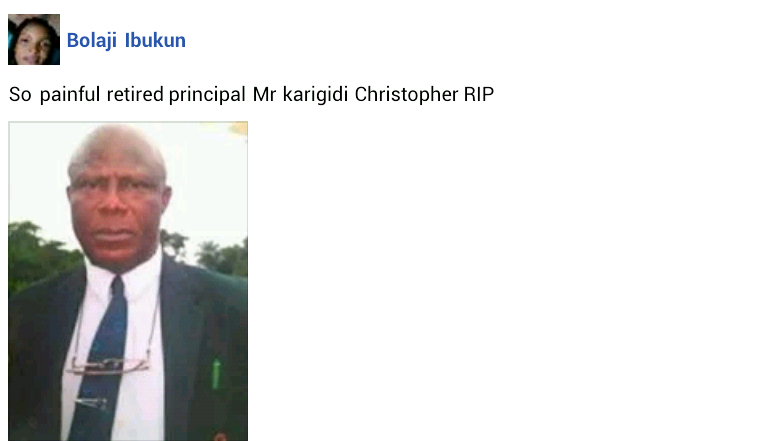 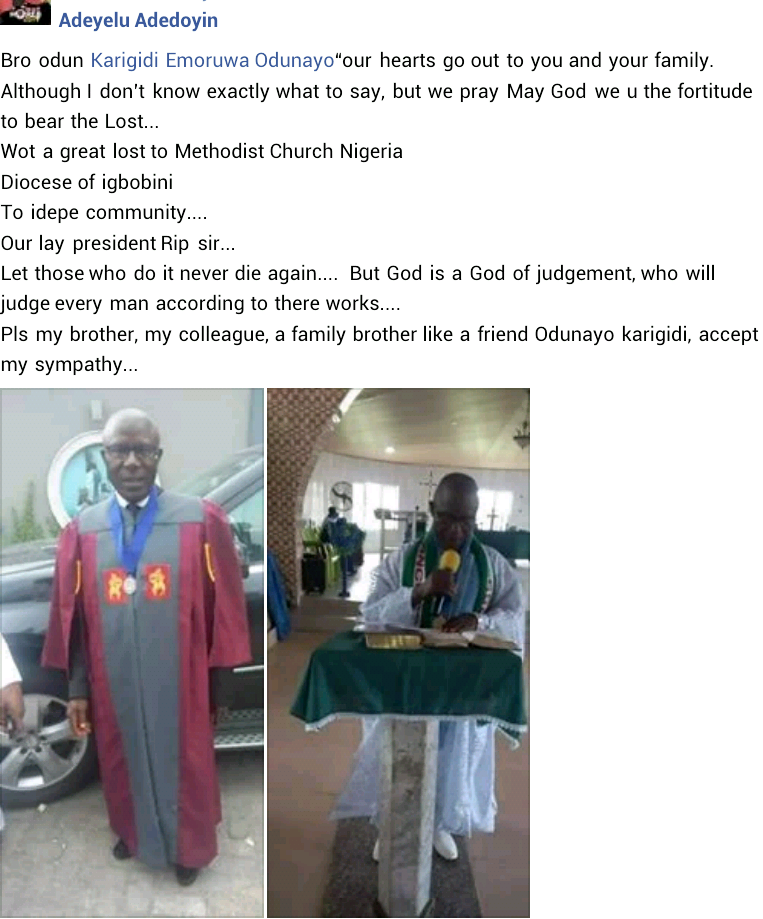 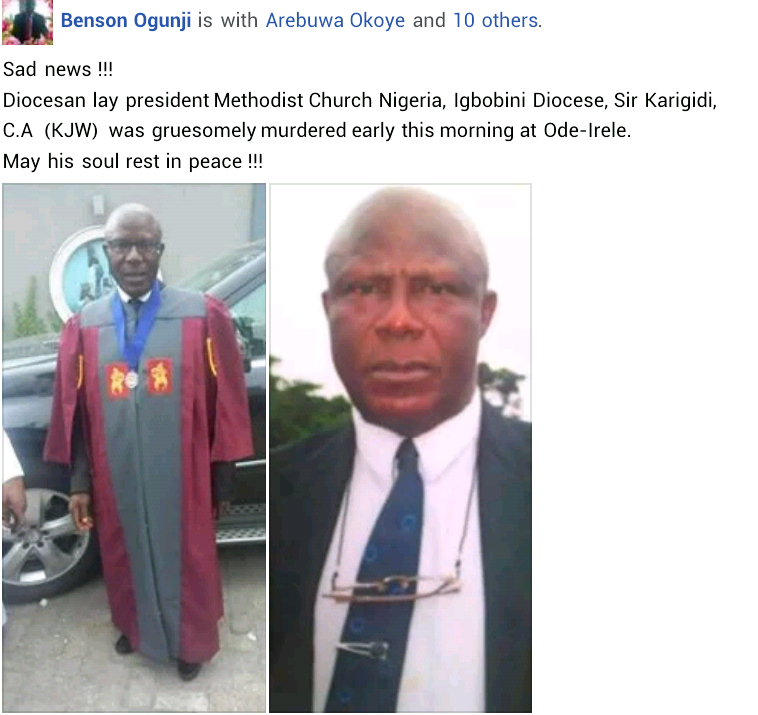 Share
Previous With Nuclear talks deadline approaching, North Korea warns US to expect a Christmas gift as Kim Jong Un rides white horse up sacred mountain
Next Woman is sentenced to almost two years in prison for lying on her resume to land a $185K per year job

Bill Gates is leading an agenda to destabilize the world and execute a satanic agenda against the church – Rev. Chris Okotie