True story behind the Aeroplane House in Abuja (video) 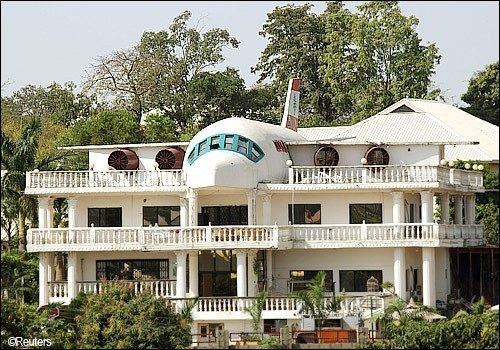 Said Jammal, the owner of the popular Aeroplane House in Abuja has explained why he built the unique residential apartment for his family.

The father of 6 said he built the Aeroplane house because his wife travels a lot. He further disclosed that he felt the building he started off in 1999 will give his wife the feeling of being in an aeroplane at all times.

Said’s son, Mohammed told BBC Pidgin that his father began building the house in 1999, when he (Said) was 12 and they helped out in their own little way. He further disclosed that building is a legacy his father will leave behind.

Share
Previous ''I regret ever responding to your silly rant'' Rahma Indimi fires back at Reno Omokri
Next Igbo businessman, Osondu Nwachukwu killed by his abductors despite receiving a ransom for his release in Nasarawa State

Daniel Kablan Duncan, the Vice President of Ivory Coast has resigned from his position as …