Trump freezes all Venezuelan government's assets in US 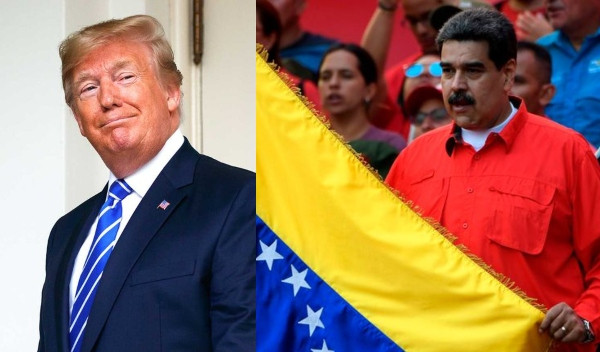 President Donald Trump on Monday August 5, ordered a freeze on all Venezuelan government’s assets in the United States and barred transactions with its authorities due to the “continued usurpation of power” by President Nicolas Maduro.

The freeze is the most direct action by Trump’s administration to remove Maduro since it recognized opposition leader Juan Guaidó as Venezuela’s rightful leader in January.  It also exposes foreign entities doing business with the Maduro government to U.S. retaliation.

“All property and interests in property of the Government of Venezuela that are in the United States … are blocked and may not be transferred, paid, exported, withdrawn, or otherwise dealt in,” according to the executive order released by the White House.

“The apparent goal is to give the U.S. the ability to apply the law beyond its borders to allies of Maduro like China, Russia, Cuba, Iran and Turkey,” said Russ Dallen, the Miami-based head of Caracas Capital Markets brokerage.

“Should those foreign entities continue doing business with Maduro they can have their U.S. assets seized.”

The asset freeze which took effect immediately it was announced is the first of its kind in the Western Hemisphere in more than three decades, following an asset freeze against Gen. Manuel Noriega’s government in Panama and a trade embargo on the Sandinista leadership in Nicaragua in the 1980s.

The announcement came ahead of a meeting which will have representatives from than 50 countries in Lima, discussing a planned U.S. initiative to lead to a peaceful transfer of power in Venezuela.

Everything you didn't know about Trump's impeachment, and how the impeachment trial might play out