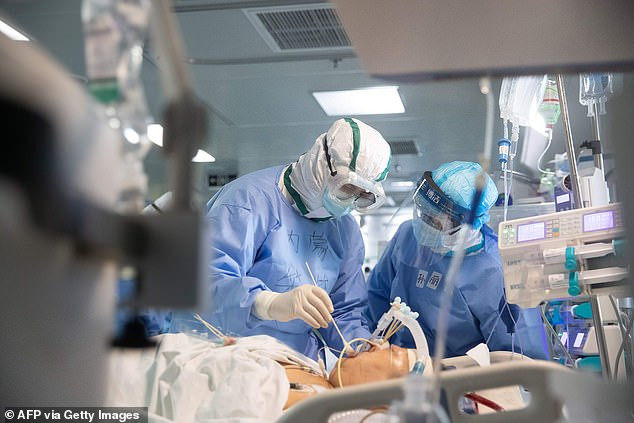 Up to 14% of recovered coronavirus patients in China have reportedly tested positive again after being discharged from the hospital.

Doctors at a hospital in Wuhan, China, where the virus emerged reported that between 3 and 14% of cured patients became reinfected with the illness, though it’s unclear whether they were contagious the second time, the South China Morning Post reported.

The news comes as experts raised an alarm that China is facing a second outbreak due to the increasing number of imported cases as well as the ‘silent carriers’ who show no symptoms.

Tongji Hospital, which identified the first COVID-19 case, confirmed that five of 145 patients, a little over 3% tested positive again in nucleic acid tests, according to state broadcaster CCTV.

“So far there is no evidence to suggest that they are infectious,” said Wang Wei, the hospital’s president.

According to him, five patients who tested positive again did not have any symptoms and none of their close contacts had been infected.

He added that surveillance of similar patients showed that 80 to 90% had no trace of the virus in their system one month after being discharged from the hospital, according to the report.

But he said: ‘these are just “small samples” and “not enough to assure us of the validity of our initial findings. We need a large-scale epidemiological study to guide our disease surveillance and prevention works.”

Health news outlet Life Times, which is affiliated with state-run newspaper People’s Daily also reported that other quarantine facilities in Wuhan have seen about 5 to 10% of their recovered patients test positive again.

Share
Previous Shanghai Shenhua offers Ighalo massiveÂ£400k (N180million) a week contract, after hearing of Man United's decision to sign him permanently
Next US rapper, Scarface recounts his ordeal after testing positive for coronavirus