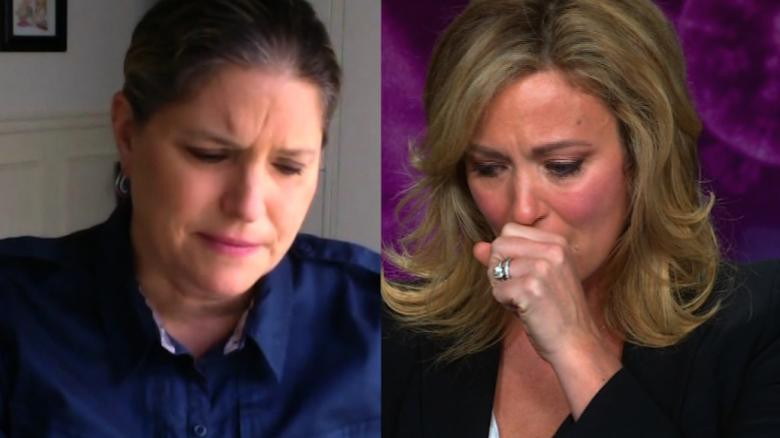 A woman has come out to narrate the emotinal moment she got to say goodbye to her mother over FaceTime before she died from Coronavirus, thanks to help of a nurse at a Washington hospital.

Michelle Bennett was told by medics that she couldn’t be in the same vicinity as her 75-year-old mother, Carolann Christine Gann, who had contracted coronavirus at Swedish Issaquah hospital in Washington.

Michelle Benneth, who feared that her mum would die from the disease, was worried that she might never have the chance to say her last goodbyes to her sick mum.

On March 26, a nurse named Tatyana knew Gann would be dying soon. She got dressed in protective gear and used her personal cell phone to give Bennett the chance to say goodbye over FaceTime.

The nurse who was with the mum after noticing her symptoms get worse, then face timed Michelle.

“I’m going to put the phone up to her face so you can tell her you love her and say your goodbyes,” Bennett says the nurse told her. “She will not be alone, we will stay with her till the end.” Benneth told CNN.

“I love you very much,” Bennett told her mother, adding that she never got to tell her mother she forgave her.

“I forgive you mom, I love you. I know I didn’t get a chance to say it,” Bennett said.

Benneth says she hopes her mother heard her last words.

“Not being able to be there and hold my mom’s hand, rub her head, tell her the things I wanted to say her. It was such a helpless feeling, I can just remember the days leading up feeling so frustrated and helpless and not being able to talk to her because she was not conscious during that time,” Bennett told CNN Monday.

Bennet said she saw the nurse was crying as she took the phone away.

“I know how difficult this is for them,” she said. “I can’t imagine being on the front lines of that and having to go home everyday and risk infection themselves, but then have the compassion and the empathy to be right there in that moment as if it was their own mother. That was one of the most amazing things I’ve experienced.”