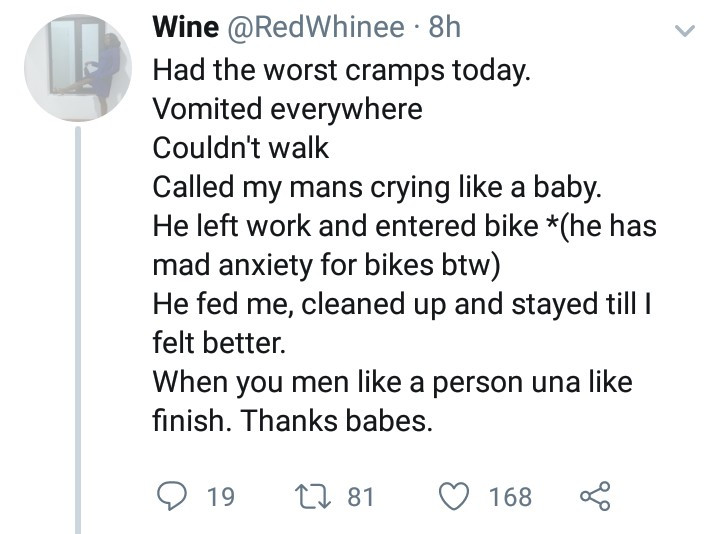 A Twitter user has fellow Twitter users asking “God when” after she revealed what her boyfriend did for her when she became terribly sick while suffering period cramps.

Had the worst cramps today.
Vomited everywhere
Couldn’t walk
Called my mans crying like a baby.
He left work and entered bike *(he has mad anxiety for bikes btw)
He fed me, cleaned up and stayed till I felt better.
When you men like a person una like finish. Thanks babes.

Told this man I had cramps and was craving pepper soup, guess who came after work and took me out for pepper soup and drinks.
Is this what yall In relationships have been enjoying?
Time to renew my subscription o. 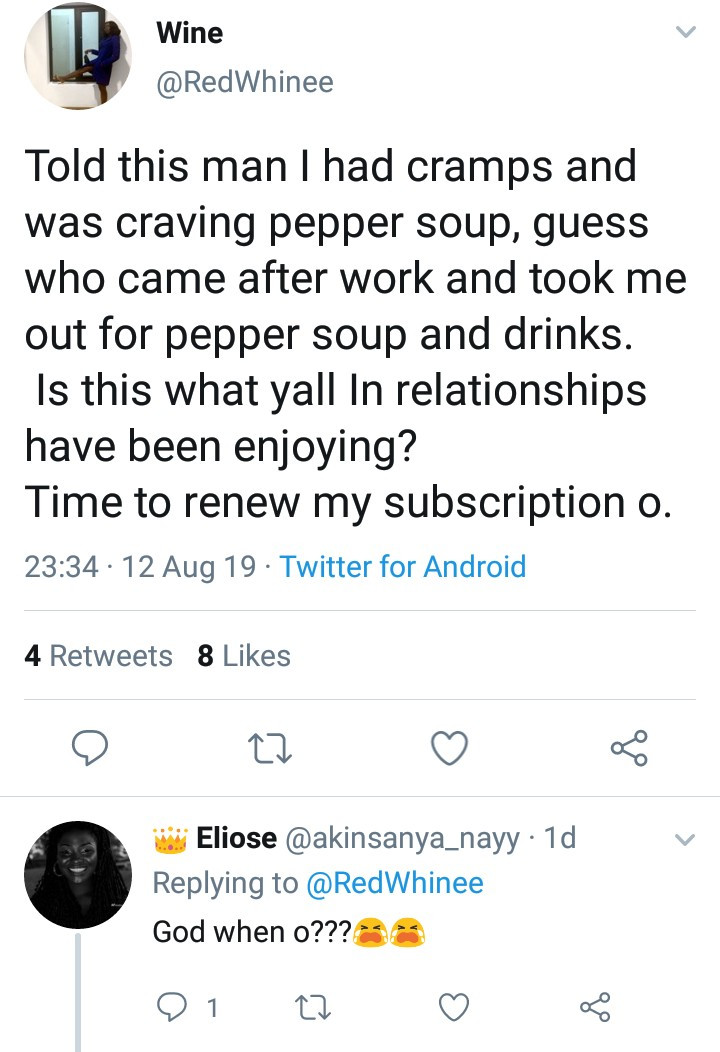